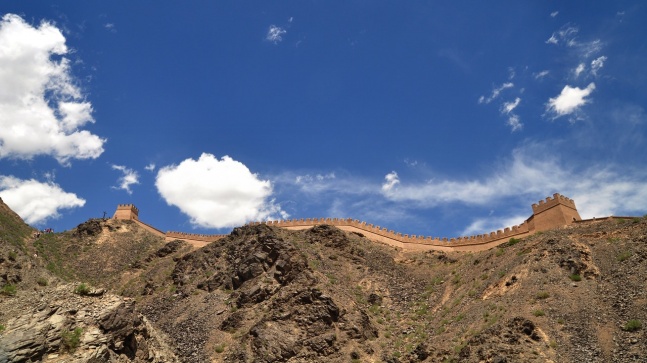 Considering a Great Wall trek? Here's five facts you may not know!

Curious about the Great Wall of China? It’s considered to be one of the great wonders of the world – and while it’s no surprise that it’s the longest wall on the globe, and the largest piece of surviving ancient architecture – but here are a few facts you might not know about it:

We think of the Great Wall as a single, continuous structure, but in fact, it’s a series of walls, built by different states and dynasties to protect their territory. It’s sometimes called a “patchwork of walls,” which is an apt description, given it incorporates a variety of walls, made of different materials and stretching in different directions, some of which run for just a few hundred miles, while others span a thousand miles or more. Take a look, and you’ll see the wall incorporates a variety of different buildings too, from watchtowers to beacon towers, garrison towns to blockhouses.

Read up on it, and you’ll find that most commentators associate the wall with the Qin (221-207BC) and the Ming Dynasty (1368–1644), and it’s true that much of what we see today was built by the latter. However many more states and dynasties were involved. In fact, the wall dates back well over 2,000 years, with some commentators tracing it as far back as the Chunqiu period (722-481 BC) and to the Warring States period (453-221 BC).

Given the enormity of the structure and the time span over which it was built, you won’t be surprised to learn that millions of people were involved in the wall’s construction; including soldiers, peasants and those arrested for rebellion. What’s sad to learn is that over a million people are estimated to have died during its build, and that’s why it’s sometimes called the largest cemetery on earth.

Which brings us neatly our next point, the wall incorporates a variety of different building materials including stone, earth, sand, brick, wood, reed and willow; and yes the remains of some of those unfortunate workers have also been found in the wall too.

Unbeknown to many, rice too had a role in the construction of the wall, you might not be aware of it, but rice was used as a binding ingredient in some parts of the structure. Ingenious or what!

Though the most iconic images of the Great Wall, show sturdy towering structures, some parts of the wall are eroding quickly. In fact, sections in Gansu and Ningxia have been left so fragile from the ravishes of both people and nature that it’s been estimated they could disappear in the next two decades, so see this spectacle while you still can.