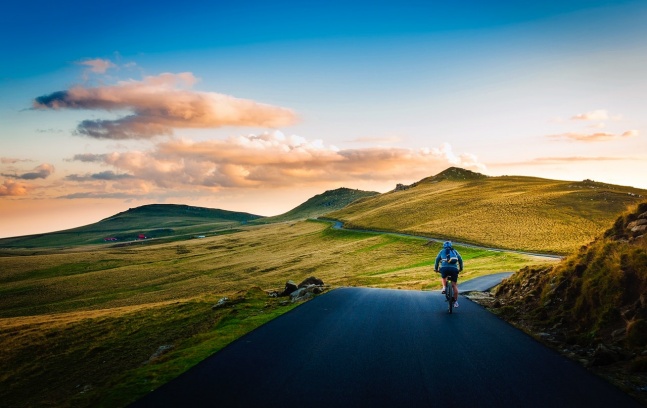 Preparing Your Body for a Long Cycle

Taking on a cycling challenge for charity can initially seem like a convenient way of getting yourself fit while raising money for a good cause. After all, cycling is relatively low-impact compared to many other forms of exercise. However, in the case of a particularly lengthy cycle trip, such as our 136-mile Coast to Coast Cycle charity ride, it's crucial to check that your body is suitably prepared.

This advice should be heeded because, otherwise, you could too easily pick up an injury, as can happen if you engage in any kind of prolonged physical training. Cyclists can especially easily suffer discomfort in the back, knees, arms and shoulders, The Guardian notes. Carpal tunnel syndrome can be another common problem. So, how can you reduce the likelihood of such problems arising?

How to get moving before getting on the bike

In 2011, Yorkshire physiotherapist Alison Whiteley told The Guardian that a good training schedule is crucial for cyclists preparing to cover especially long distances and intensities. She explained: "Your body needs time to adapt to the stress of training. A lot of injuries occur when someone launches straight into a long-distance cycle rather than building it up over time."

Ronan McNamara, a Sligo-based bike fitting specialist, told the news site that these cyclists should, during training, "work on leg speed first, rather than power". He continued: "Start with high cadence on flat roads, rather than attempting huge hills before you have the strength to back it up."

Sports massage therapist Noeleen Tyrrell particularly recommended that cyclists take up yoga, explaining: "It builds strength and stamina as well as increasing awareness of what your body needs and when it needs it." Yoga and Pilates can help you develop core strength for protecting your back; they can also strengthen power in your legs.

Is a great cycling body made in the kitchen?

To a large extent, yes. A nutritious diet can boost your performance levels when you are on the bike. Also keep in mind that, with a particularly long bike ride, you need to sufficiently fuel yourself to give yourself the necessary endurance and stamina to complete the ride.

Despite the bad reputation that carbohydrates seem to have gathered among the nutrition-conscious, carbs would actually provide energy that you would need for getting through a lengthy cycle ride. Both the night before and morning after the ride, consume carbohydrates from foods such as whole-wheat bread, oatmeal and quinoa, LIVESTRONG.COM advises.

To prevent hunger pangs emerging during the ride, you should also eat good sources of protein - like milk, yoghurt and cheese - beforehand. Protein is also abundant in nut butter like peanut or almond butter, either of which you could spread on a whole-wheat pita or bagel.

If you have decided to join our Coast to Coast Cycle ride, which takes in beautiful mountainous areas of the Lake District and ends in Tynemouth, remember to also drink enough water both before and after the journey, for which you can easily register on our site.