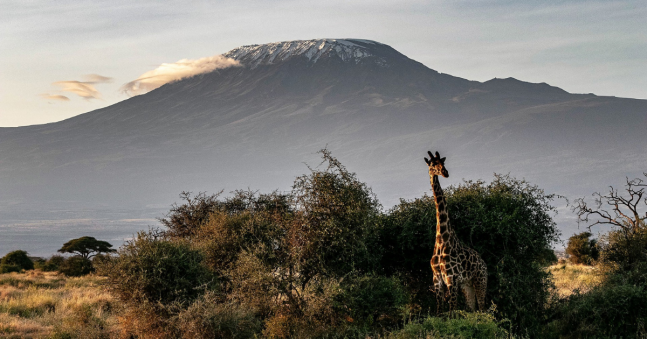 Which is the best route to climb Kilimanjaro?

Kilimanjaro is the tallest mountain in Africa, standing at an impressive 5895m high, with its snow peaked summit visible for miles. Located in Tanzania, east Africa, Kilimanjaro is on many people’s bucket lists and is the ultimate goal for many adventurers! Taking on Kilimanjaro is a huge challenge – and one of the biggest achievements you’re likely to ever achieve. But which is the best route to climb Kilimanjaro?

There are seven routes that can be taken to climb the world’s highest free-standing mountain, each with their own advantages and disadvantages. Choosing which route to take all depends on your mountain experience, what you’d like to experience along the way, acclimatisation considerations and price.

Here is a brief overview of the seven routes;

The Marangu Route is known as the “tourist route” or “Coca Cola Route”, due to its popularity and fact that coca cola used to be sold in all the huts along the way. This is one of the easiest routes up the mountain, following a steady, gradual slope until the last night – when the incline significantly increases.

The route has a low success rate, due to the fact that the five day climb doesn’t allow for sufficient acclimatisation. Also, the Marangu Route, attracts lots of tourists who are unprepared and untrained, resulting in many people having to turn around before reaching Uhuru Peak.

The Marangu route is also the only route on the mountain that uses the same path up and down – so expect it to be busier than other options. However, this is the only route with dormitory style huts along the way, and camping is not permitted. So, if you can’t bear the thought of camping for a week, then this option is for you!

The Machame Route is one of the more scenic routes to the summit of Kilimanjaro. It is also known as the “Whiskey Route” – as it’s tougher than the Marangu (Coca Cola) Route. Even though the climb is more difficult, it has a much higher success rate than the Marangu route.

There are six day and seven day itinerary options, with the preferred option being the seven day route, allowing for an extra day of acclimatisation. The route has some steep sections and involves numerous ups and downs – including taking on the Barranco Wall! But with the right preparation The Machame Route is definitely achievable.

The scenery along the way is stunning, as you trek through four diverse climate zones and enjoy sights such as the Shira Plateau and the Lava Tower. This route is fantastic for acclimatisation, as you are able to climb high and sleep low. It is also the route that we take to the roof of Africa!  For more details of our itinerary check out our Kilimanjaro Trekking Challenge.

Lemosho Route – The Most Scenic (But Most Expensive) Route

The Lemosho Route departs from the west side of the mountain, offering plenty of spectacular views of the dramatic gorges of the western side of Kilimanjaro. The route starts by taking you through the remote rainforest, before joining the Machame Route.

This route can be completed in either seven or eight days, with plenty of time for acclimatisation – and a high success rate! One of the only downsides of this option is that, due to the length and remoteness, it tends to be a more expensive option.

The Shira Route also begins on the western side of Kilimanjaro, but with a higher start point than Lemosho. The first day of the route follows a four-wheel drive path, and can therefore either be trekked or driven. However, driving will reduce the amount of time your body has to acclimatise – as you will be starting the trek at a height of over 3,500m!

The Shira Route can be completed in six or seven days and you should be confident in your hiking ability. There are less people on the route than the Machame Trail, however it is more expensive. 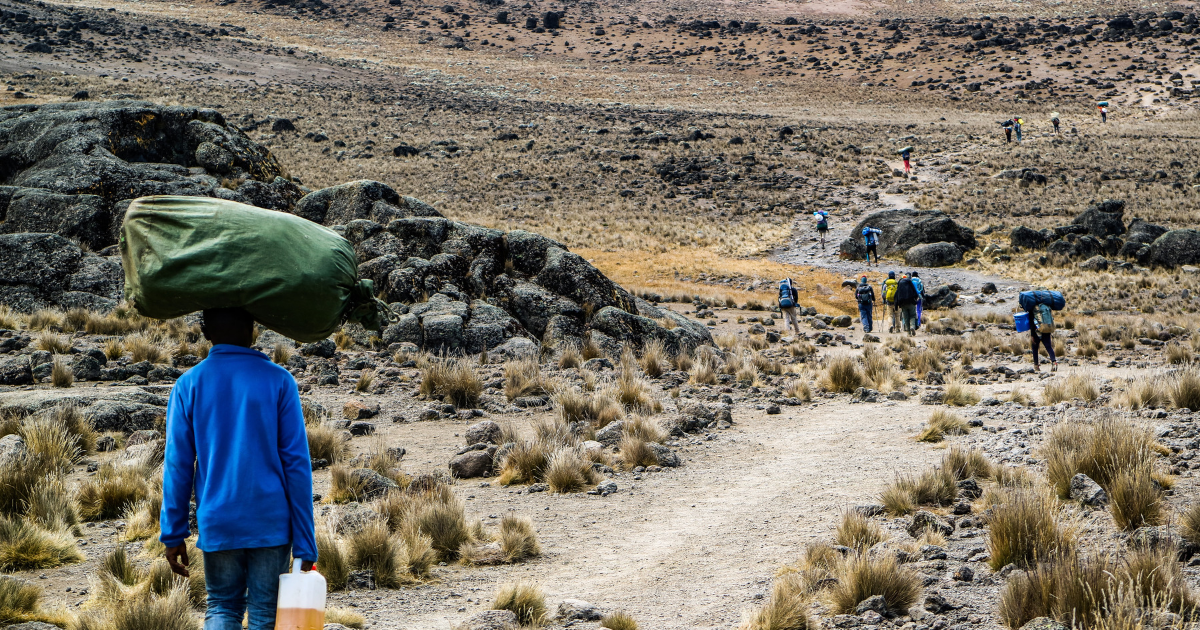 The Rongai Route is the only route starting north of the mountain. This route is much drier than the southern slopes, and is therefore preferred during the wet season. The route is less scenic than other options - however, the camp beneath Mawenxi Peak is one of the most scenic on the mountain!

The hike has a steady, gradual climb to start with and the camps are well staggered out. The itinerary is normally seven days long, with a high success rate of reaching Uhuru Peak.

Umbwe Route – The Most Difficult Route

The Umbwe Route involves a rapid ascent to Barranco Camp, reaching the camp on the second night, rather than the third or fourth as per alternative routes. The route is very steep and exposed – and not suitable for people who are scared of heights.

This is the most demanding of all seven routes, with poor acclimatisation opportunities and shouldn’t be taken on unless you have experience in mountain climbing.

This is the longest route to the top of Kilimanjaro, with one of the highest success rates. The trek takes either eight or nine days, with plenty of climb high, sleep low opportunities, which is great for acclimatisation.

The trek starts west of the mountain and follows the Lemosho route for the first two days. The route then veers north near Lava Tower and traverses around the mountain to the summit. 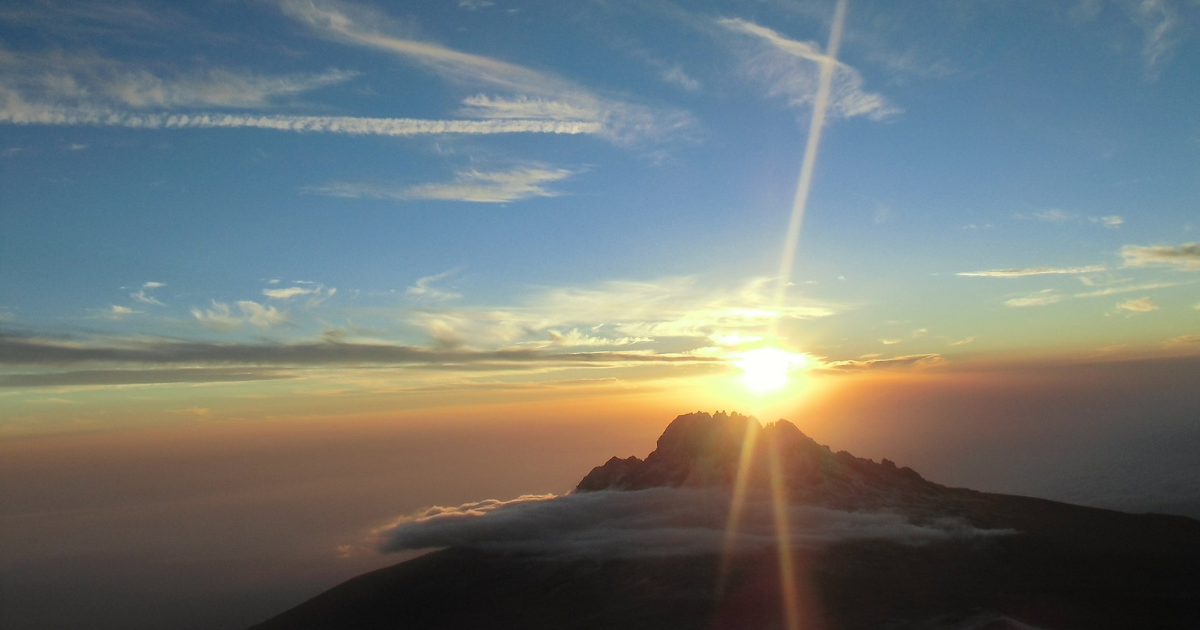 Whichever route you take, you should always make sure you are fully prepared before taking on Kilimanjaro. You should make sure you train adequately beforehand, have all the correct kit and be supported by experienced guides and porters. Climbing Kilimanjaro shouldn’t be taken on lightly – there can be many complications, mainly due to the high altitude – including Acute Mountain Sickness, which can be very dangerous.

Our Kilimanjaro Trek follows the Machame Route, with an extra day to allow for acclimatisation and improve your chances of summit success! Over the last 3 years we have a success rate of over 90%. We use experienced guides and porters, as well as an in-country doctor. You will also be accompanied by one of our approachable and experienced UK challenge leaders – supporting you every step of the way!

If you’d like to scale the highest free-standing mountain in the world, and achieve something incredible – then join us on our Kilimanjaro Trek, one of our most challenging yet rewarding adventures!